Designed in 1927 by Leo Potter, the Potter Matchless was manufactured in New York City. Credited as a prominent industrialist and financier, this is Potter's only known lighter design—though he has an unusual assortment of other patents to his credit including handbags, an industrial clothes iron, and an Asian-influenced NockWood "Good Luck" doll. Potter's obituary has more info about his myriad business ventures.

The Potter Matchless is a manual, single arm pocket lighter designed with an enlarged snuffer that completely encloses the wick and double thumbwheel striking mechanism. Two versions of the Potter were produced. The first version incorporated a protective hood that covered the sharp edges of the sparking wheel. The second version was produced without a hood and uses a slightly larger double thumbwheel. 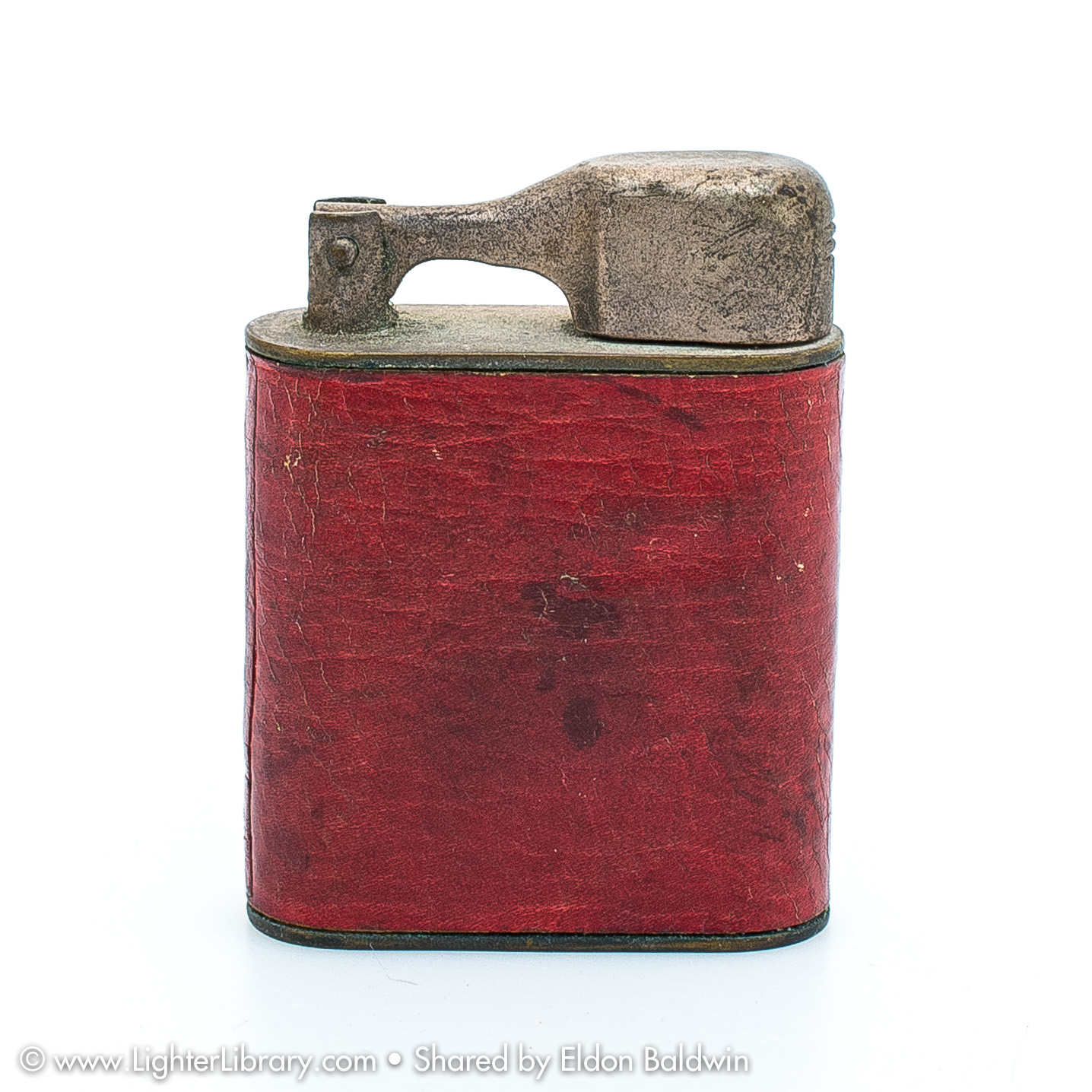 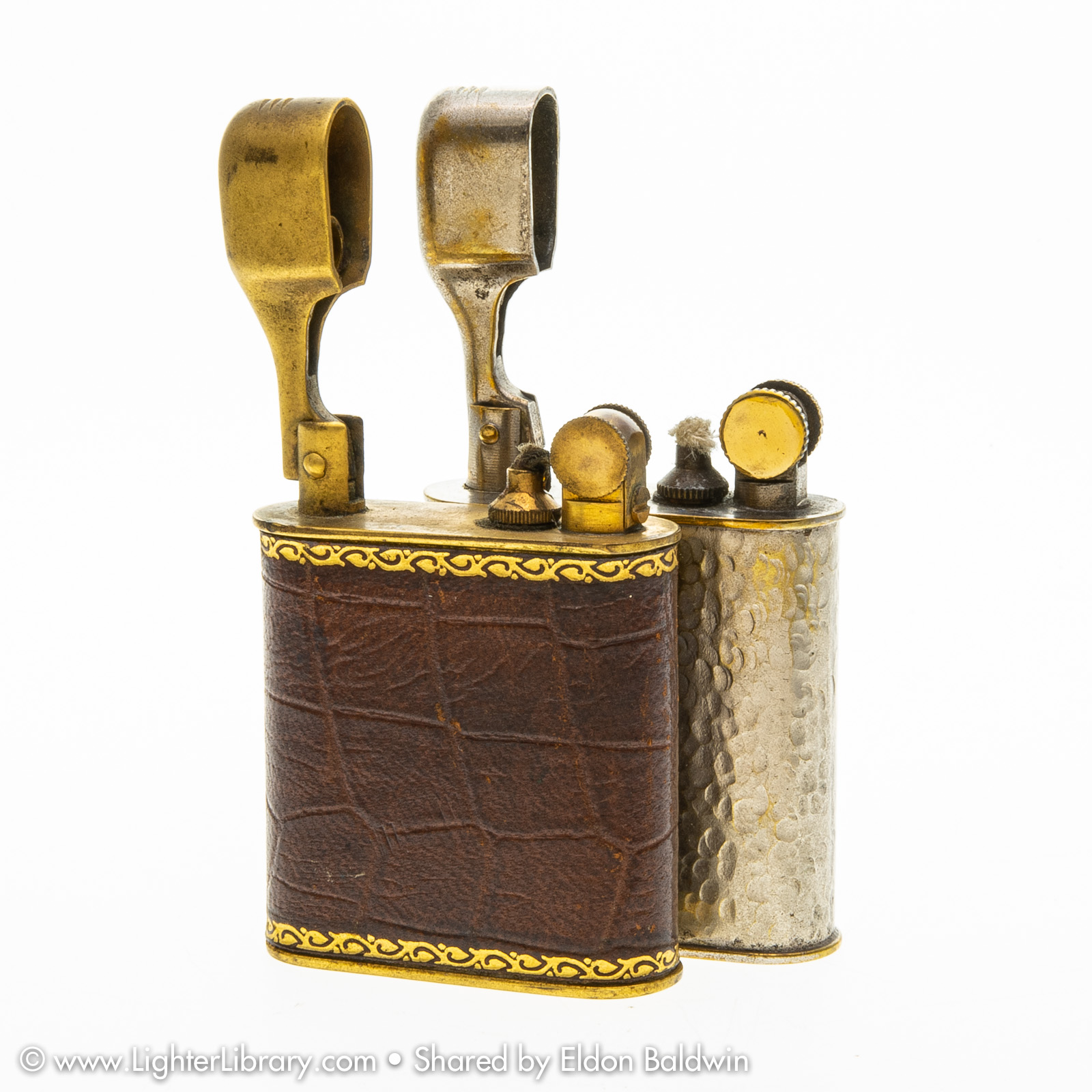 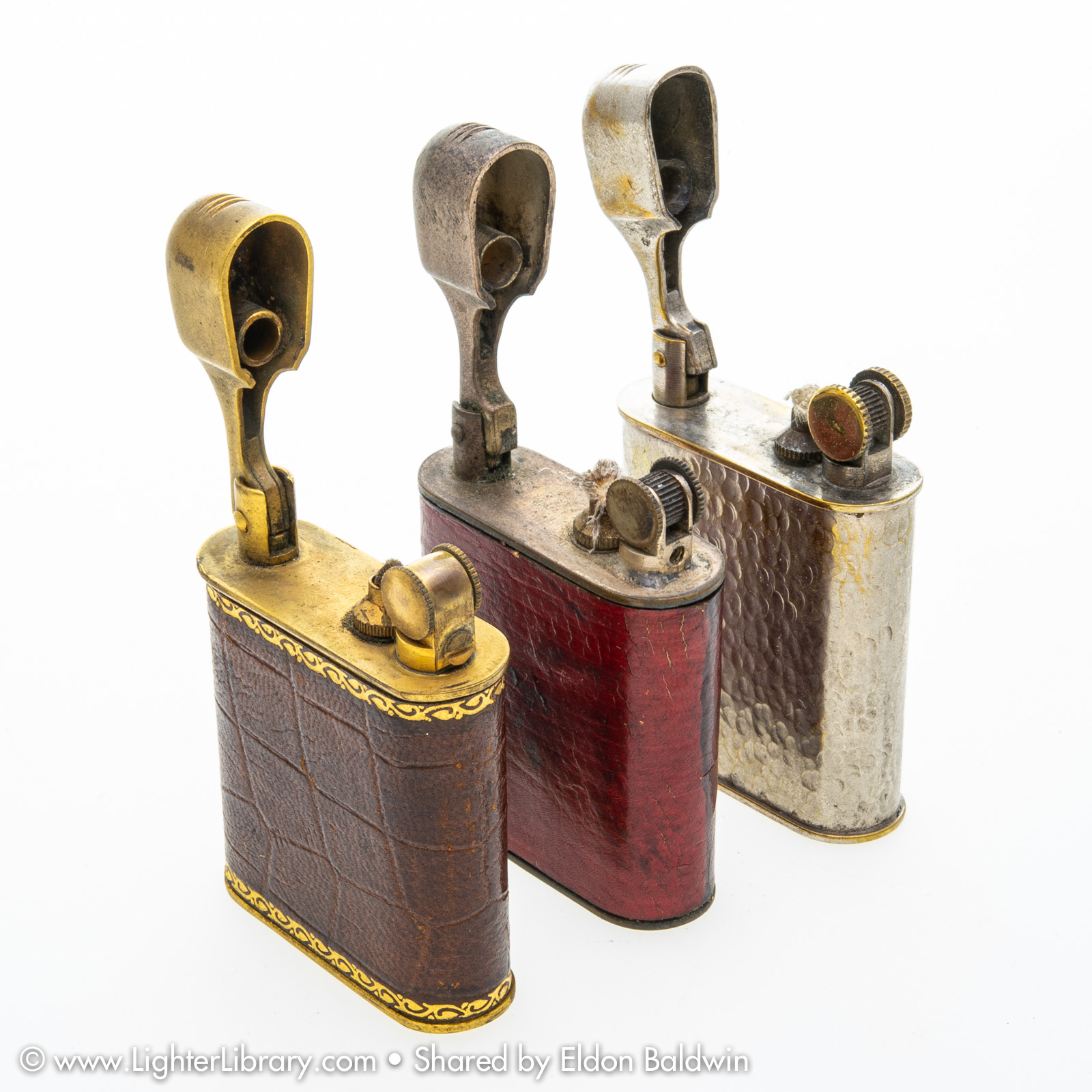 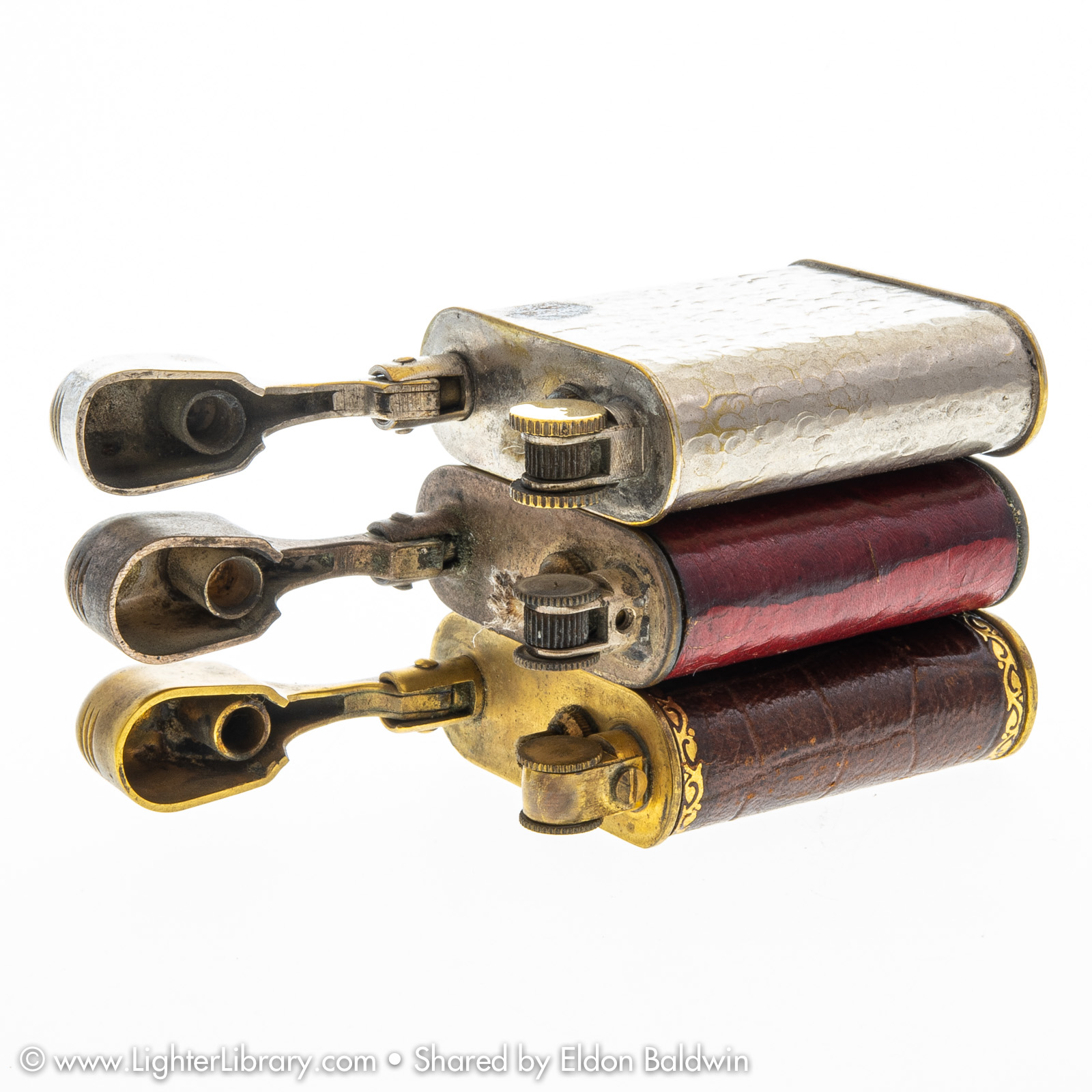 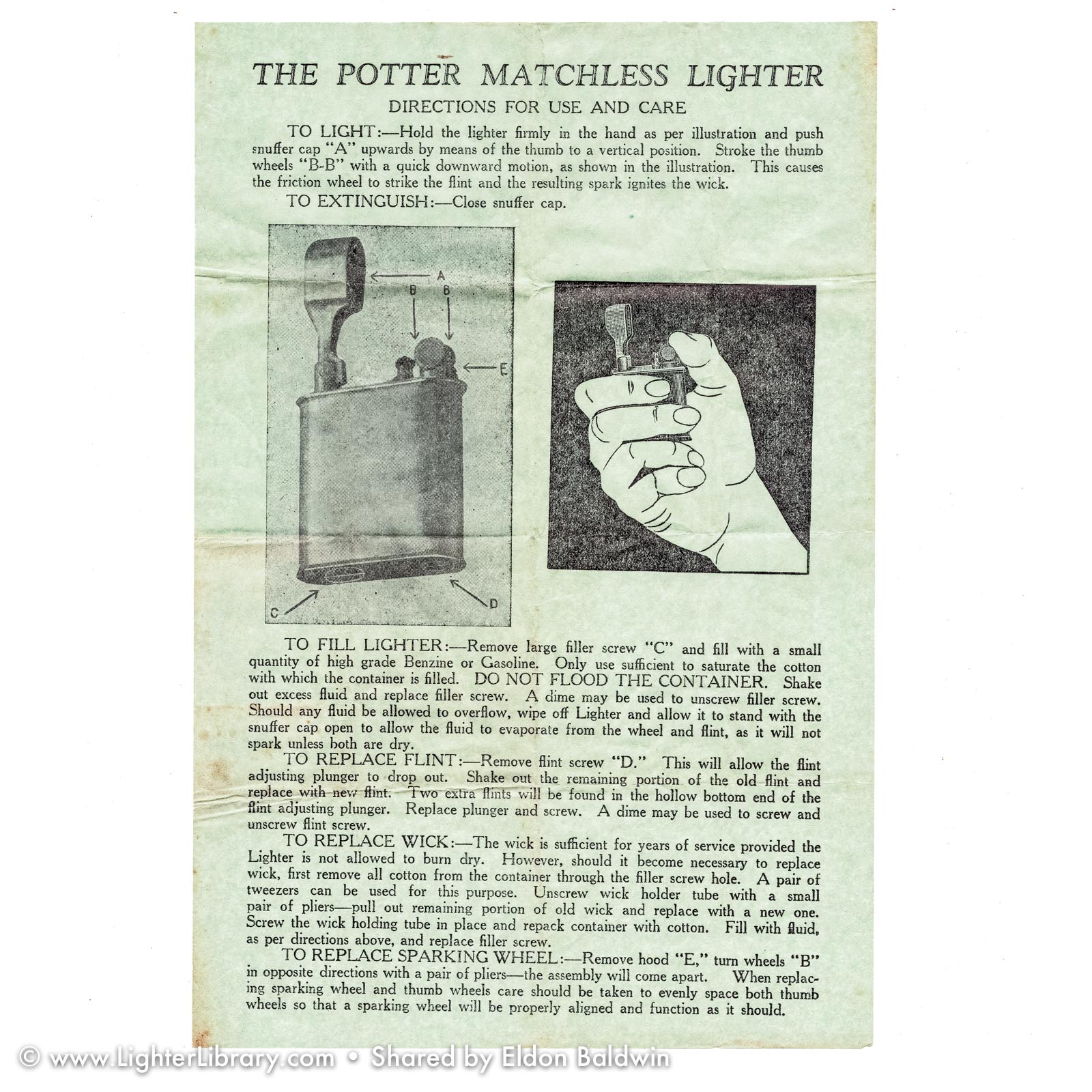 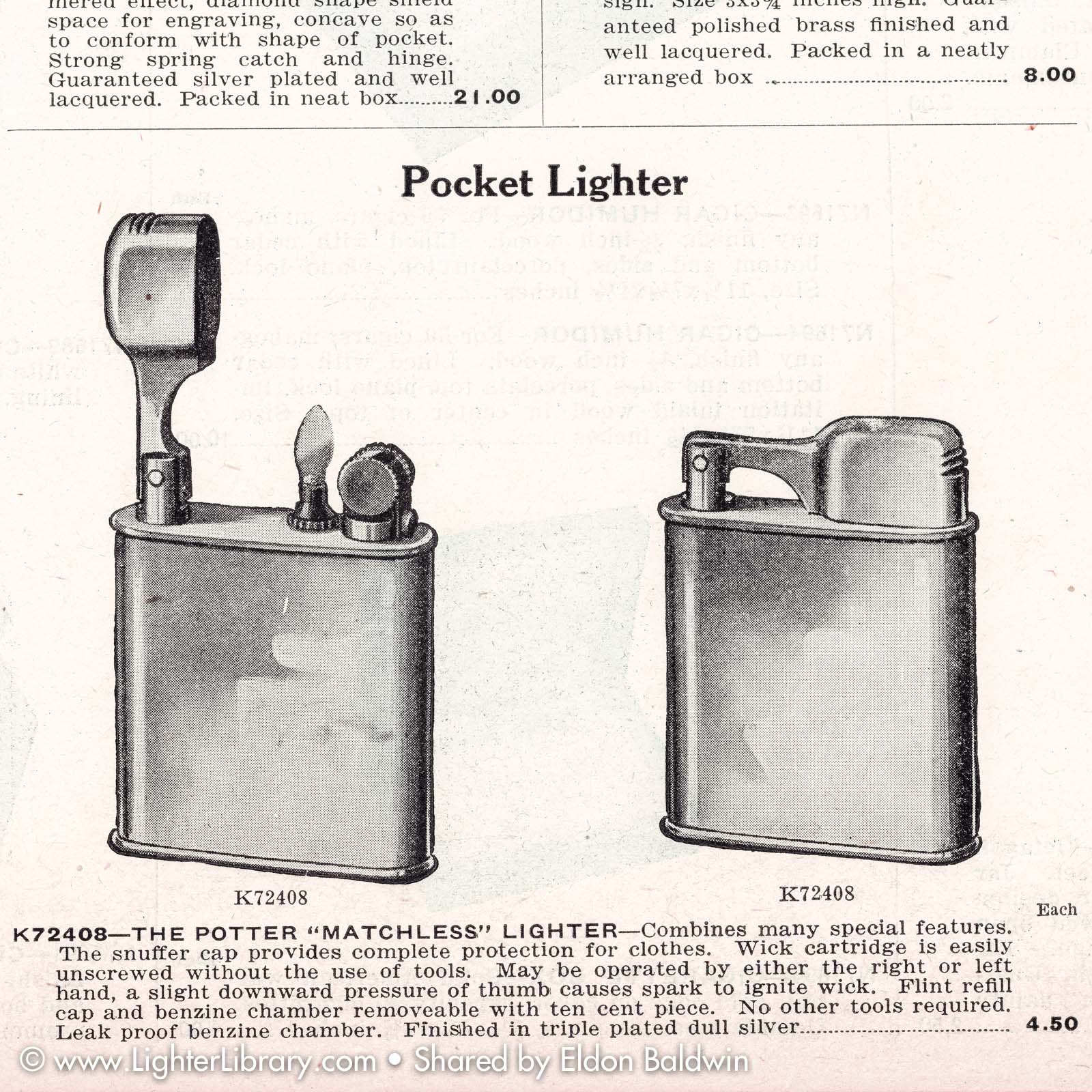 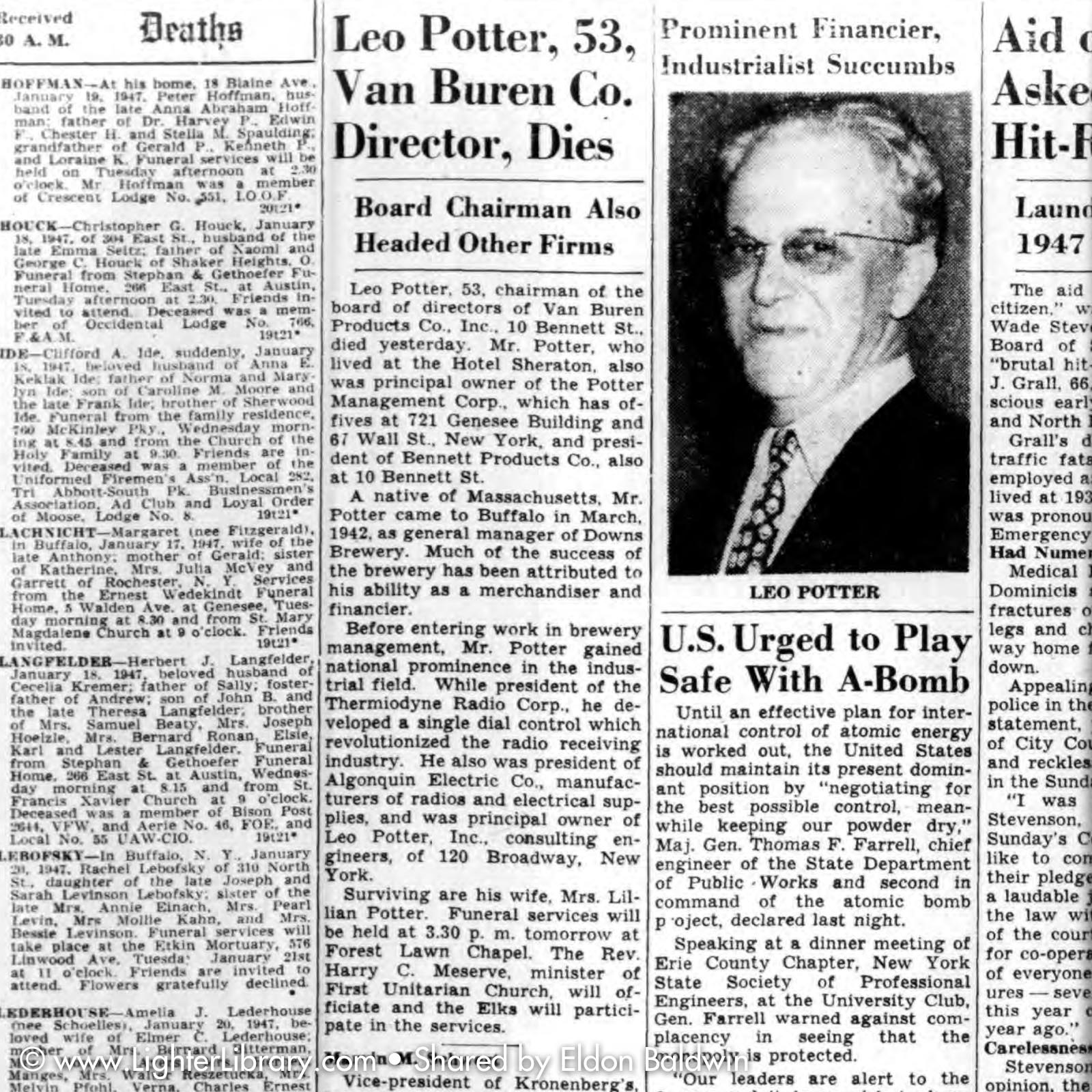