Abraham Pollak was a little-known New York inventor and designer. The earliest Pollak patent was applied for in 1921, a utility patent for a mechanical lead pencil design. Pollak subsequently patented almost a dozen pen and pencil designs during the 1920s. Many of these patents were assigned to Samuel Kanner. According to collector Jonathan A. Veley, notable among these was Pollak's design for a repeating pencil that Kanner produced during the mid-1920s using the brand names “Nupoint” and “Presto”.

Besides writing instrument designs, Pollak patented several belt buckles, a weighing scale and three pocket lighters (two utility patents and a design patent). The January 1928 utility patent for the National is the earliest lighter Pollak patent, his design patent for the Beau Geste was filed a month later. The utility patent for the Pollak Automatic was filed in January 1929. These lighter patents were assigned to Clark (National) and Art Metal Works (Automatic). These lighters were produced by Pollak and their patents likely assigned to Clark and AMW via separate litigations for design infringement to cease their production.

Lighters produced by Abraham Pollak are often unmarked or generically stamped 'Pollak Lighter' on their base. The names for several Pollak models were found in advertising and do not appear on the actual devices. Lighters produced by Pollak are largely undocumented. The extent of his business relationship with Samuel Kanner is unknown but it likely extended beyond writing instruments. (EB) 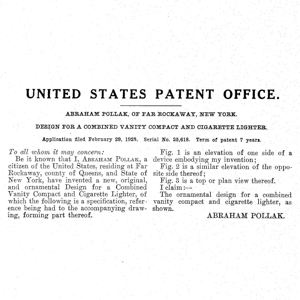 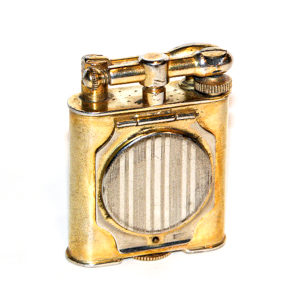 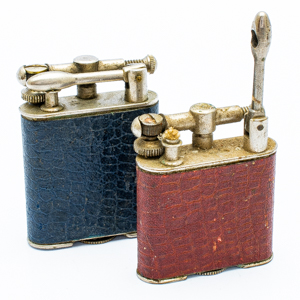 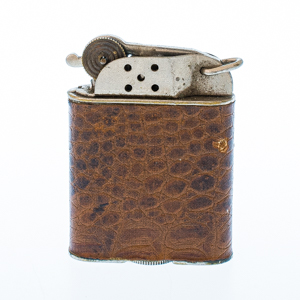 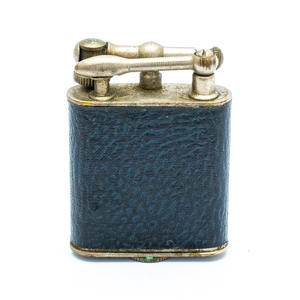